Skip to main content Skip to table of contents 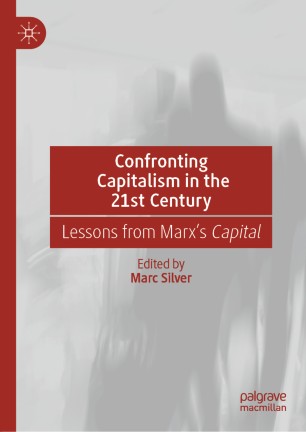 Confronting Capitalism in the 21st Century

This book analyzes key aspects of Marx’s Capital with an eye towards its relevance for an understanding of issues confronting us in the 21st Century.  The contributions to this volume suggest that while aspects of Marx’s original analysis must be adjusted to take into account changes that have occurred since its initial publication in 1867, his overall perspective remains necessary for understanding the nature of crises in 21st century.  Part I emphasizes the central concepts Marx employed in Capital, including exploitation, capital accumulation, commodity fetishism, and his use of dialectics as a method for baring the underlying relations that define capitalism. Parts II and III extend that focus by addressing the concept of value, fictitious capital, credit and financialization. Parts IV and V offer analyses of several concrete manifestations of contemporary crises from national contexts (Europe, Latin America, China, and the United States). The volume argues that we have to combat the imperatives of capitalism to move towards a more humane and egalitarian future.